weather here reminds me of boston very much...
dry, chill in morning and nite, warm during the day with moderate sunshine and spring breeze. 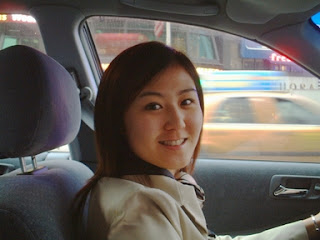 Met with Director 胡玫 the other day... Like every one else, I did a brief introduction of myself and she started to ask questions, mainly on my language skill and experience as an actress. She also pondered what character I'm interested in, other than 寶釵; and I told her honestly that it had to be 元春. Seems like no one else here looks like元春 more than I do.

The unusual part of the interview was that all of us were required to put off any make-up and show her our "real face" 素面. Never had that before in my past 10+ yr casting history

Announcement of 賽制and 賽程 was held last night. Competition will start on the 1st of April. Around 10 of us will leave on that day to make 寶釵and 黛玉 numbers go down to 28 each. Another 寶釵 match will be held on the 6th to get the number down to 14; same process as黛玉 on the 8th. More competitions will be held in the following weekends of April to get 8寶玉﹐8黛玉﹐and 8寶釵. Then, Further competition in the entire May will produce 3 representative of each character. And Ever Further competition might be held in June to decide who exactly are寶黛釵.

All programs are nationwide-broadcast at Beijing Television (BTV).

Busy memorizing poems, reading the entire紅樓夢 for my second time, and practicing台詞 and acting in various scenes at the moment. 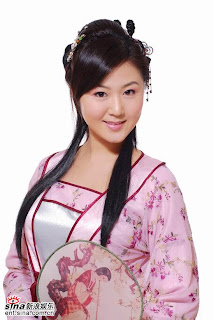 (thanks for telling me this, YL from shenzhen) It helps one to make critical decisions.

Where do you live?